Home › Blog › What To Do If I Get Bitten By A Tick In Charlotte, NC

What To Do If I Get Bitten By A Tick In Charlotte, NC

Comparable in size to the top of a pencil, ticks pose a danger to Charlotte residents and visitors year-round. Though some ticks are harmless to humans and pets, others carry disease-causing bacteria that can result in severe sickness, life-threatening illness, and/or persisting after-effects and chronic health conditions.

In Charlotte, the four most common species of ticks are the American dog tick, brown dog tick, lone star tick, and blacklegged tick. All are found throughout the state of North Carolina, and all are active year-round. However, tick populations are most abundant in the spring when the weather starts to warm up again and typically remain that way through September. 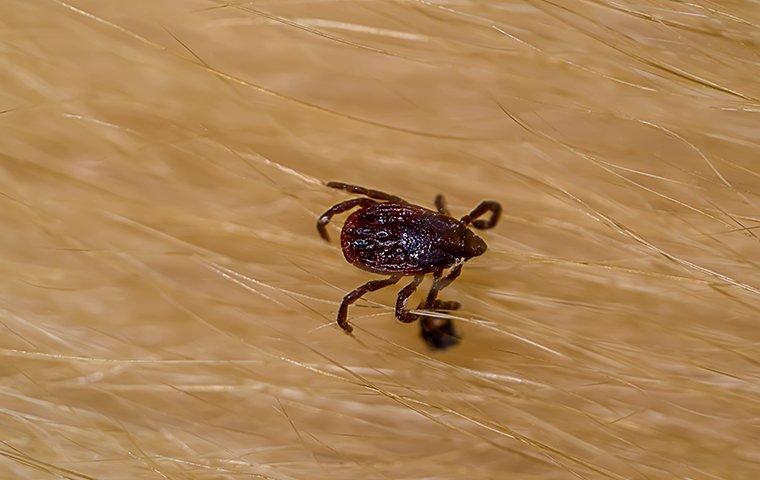 Although they look slightly different, all ticks are wingless and very small, measuring one-eighth of an inch in length. They vary from brown to reddish-brown in color and may appear engorged, indicating that they recently bit and fed on a host.

Lyme disease is one of the more commonly known tick-borne diseases and can affect all body areas. Still, others include ehrlichiosis; Rocky Mountain spotted fever (RMSF), Southern tick-associated rash illness (STARI), Powassan disease, and tularemia. Although not all ticks carry disease, there’s no way to tell until after you’ve been bitten and tested.

If You Were Bitten By A Tick, Do These Things Immediately

Depending on the disease that a tick is carrying, it can take minutes to more than 36 hours for them to transmit the bacteria. Lyme disease, for example—which infects roughly half a million new people in the United States each year, according to the Centers for Disease and Control—takes between 36 and 48 hours to transmit between the tick and its host. Other tick-borne diseases, such as anaplasmosis and babesiosis, transmitted by the blacklegged tick, and rickettsia parkeri rickettsiosis, transmitted by the lone star tick, spread faster.

Handling ticks a certain way after a bite has occurred can lower your risk of getting sick. Never remove a tick by hand. Instead, follow these four steps when handling and removing a tick from your skin:

1. Using a pair of fine-tipped tweezers, try to grab the tick while getting as close to the skin as possible.

2. Firmly and steadily grip the tick with the tweezers and pull upward. It is crucial to take caution against twisting, crushing, or puncturing the tick’s body, releasing the bacteria.

3. Clean the bite and the surrounding area with rubbing alcohol and/or warm, soapy water.

4. Discard the tick by flushing it down the toilet. You may also place the tick in a sealed baggie and bring it to your healthcare provider to determine whether a disease-carrying tick bit you.

If symptoms persist or if you develop a fever, seek medical attention immediately. Though tick-borne diseases are dangerous to health in general, some people may develop more intense allergic reactions than others, so remain vigilant.

The most common symptoms of tick-borne illness to look out for, which present over a 30-day period, are:

The best way to control tick populations around your property is with professional assistance. The Charlotte pest control professionals at Aruza Pest Control, with more than 20 years of experience, offer comprehensive, organic pest control services for your home and business, which are delivered with superior customer service. At Aruza Pest Control, we work for you. For more advice and assistance, give us a call today. 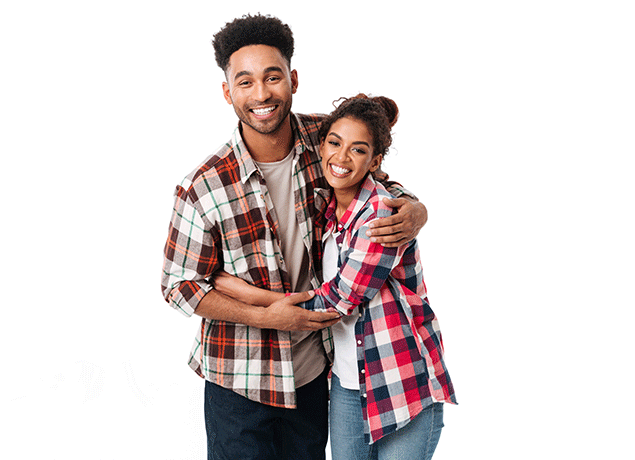